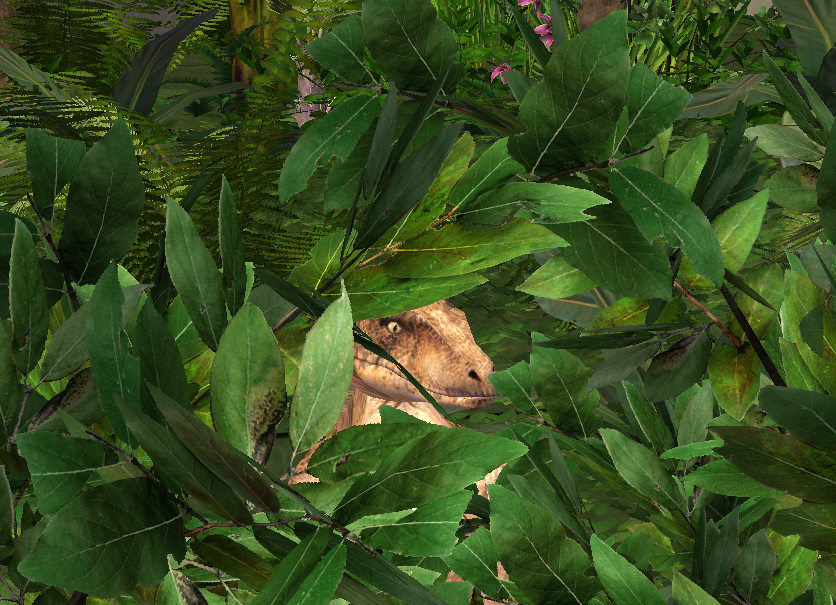 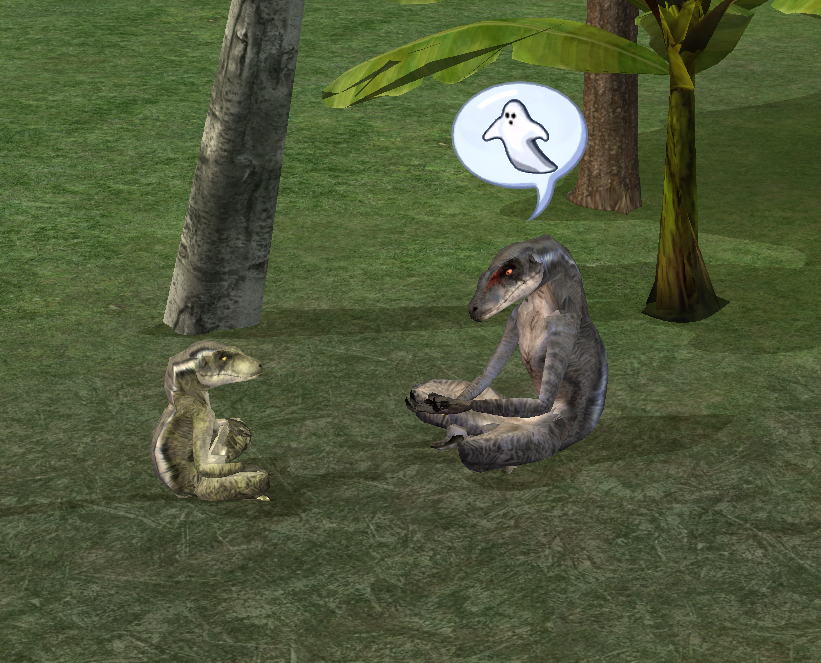 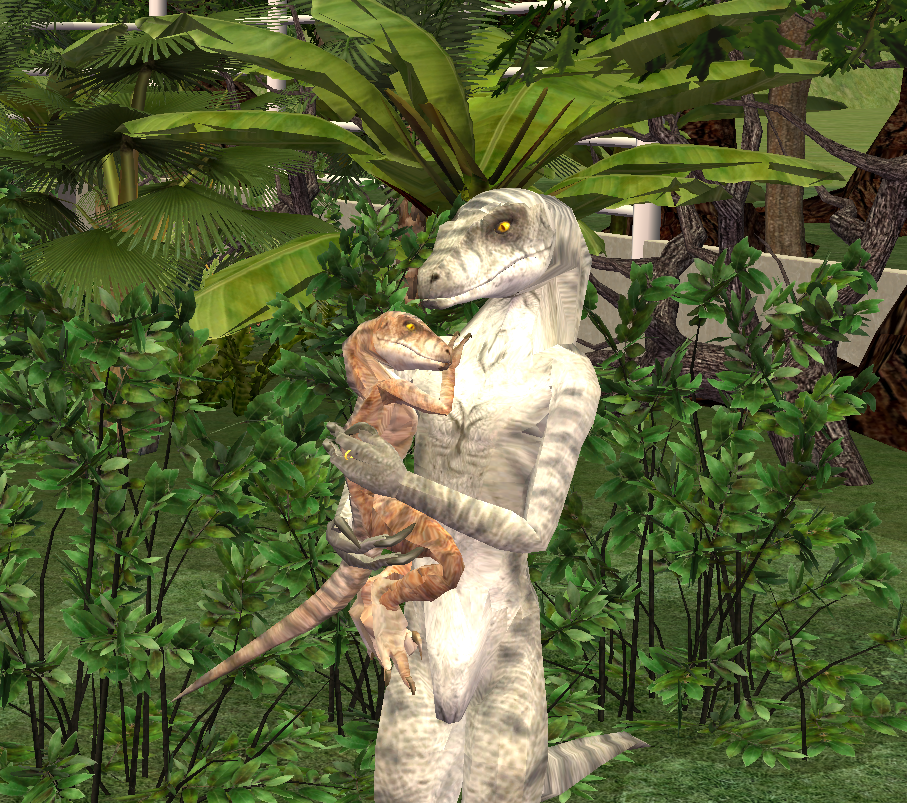 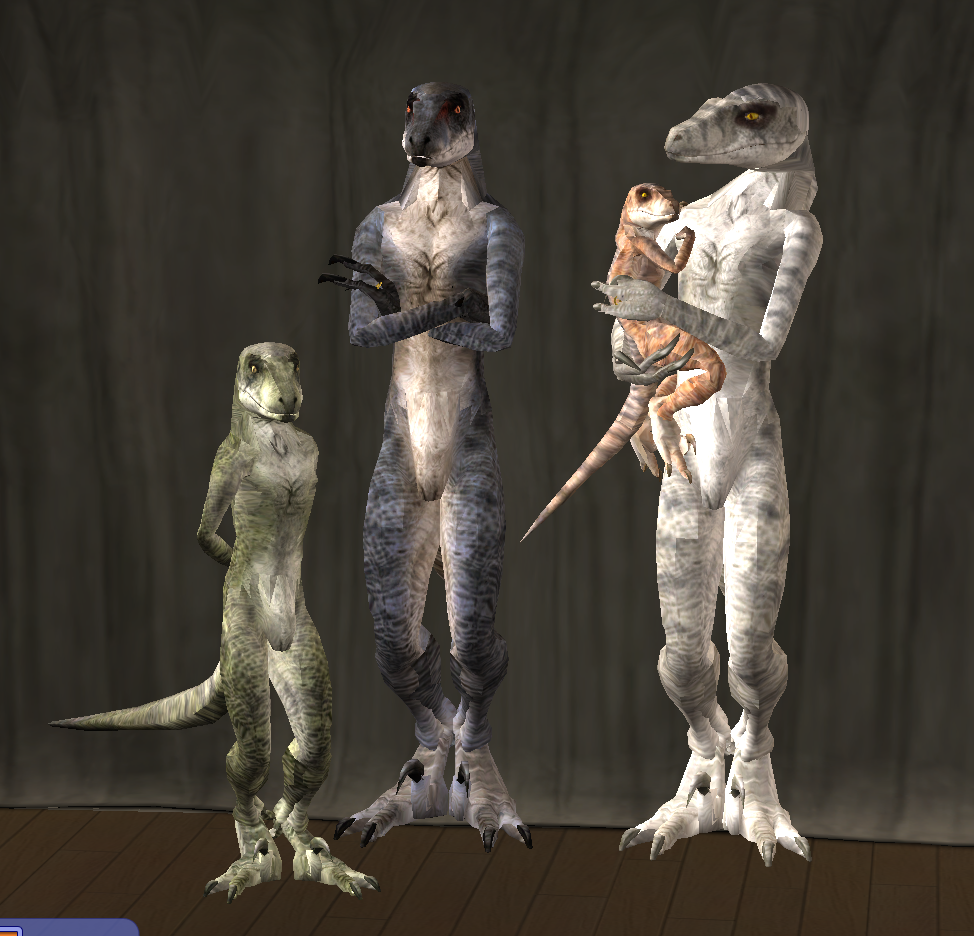 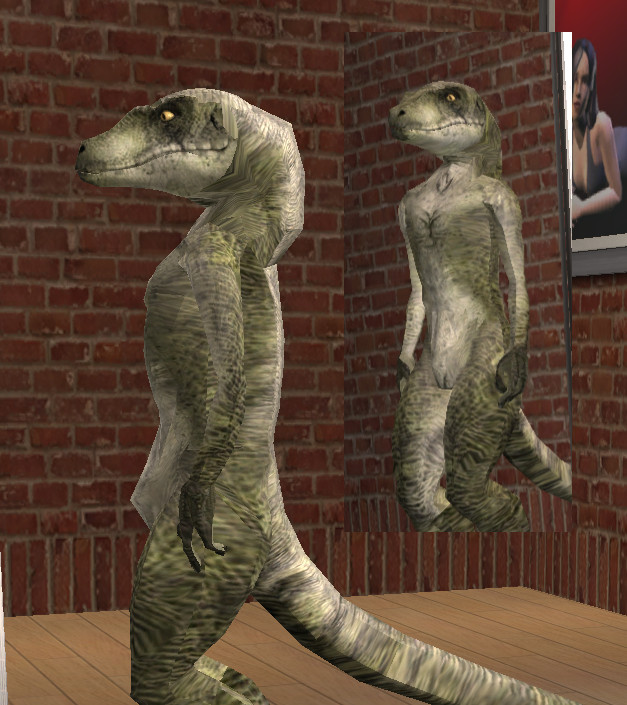 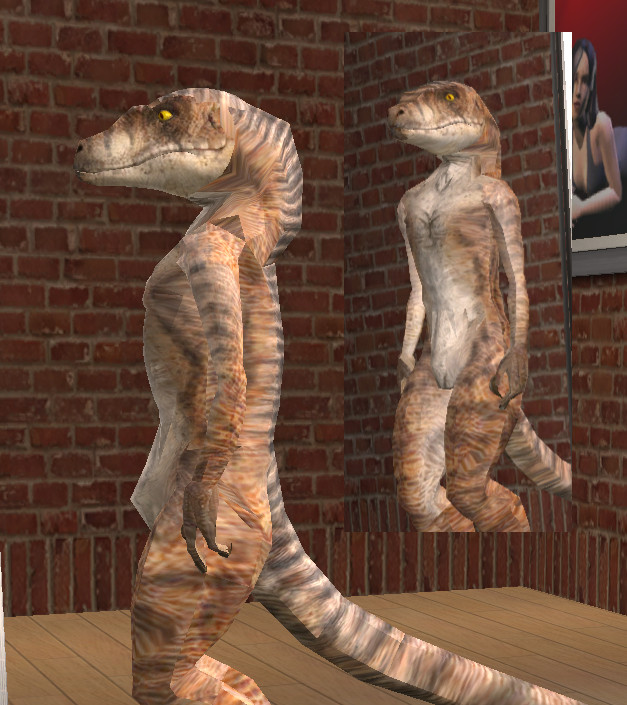 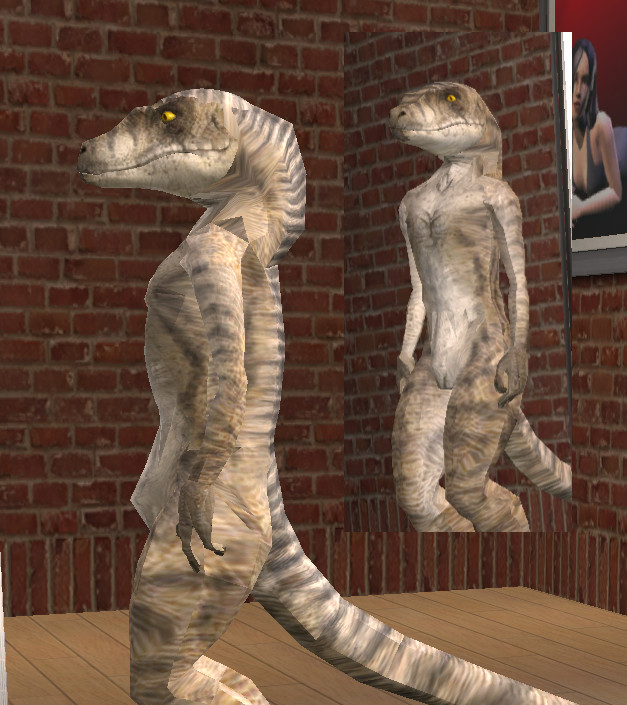 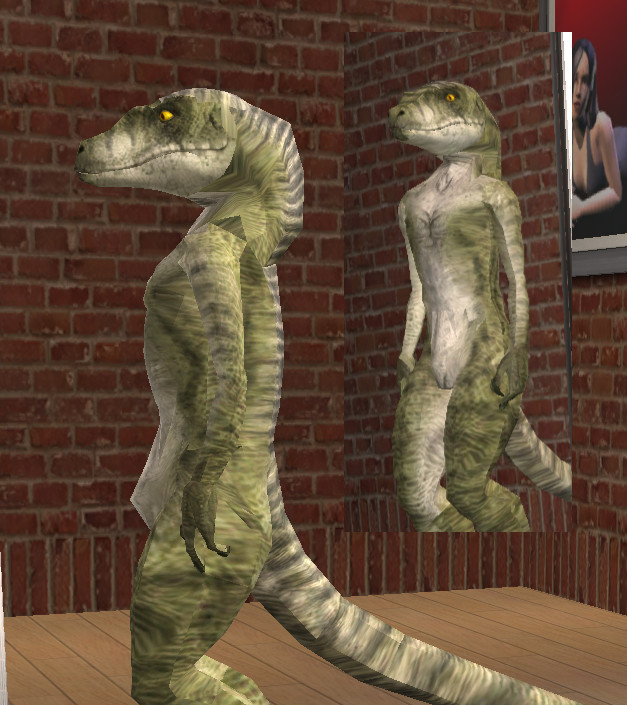 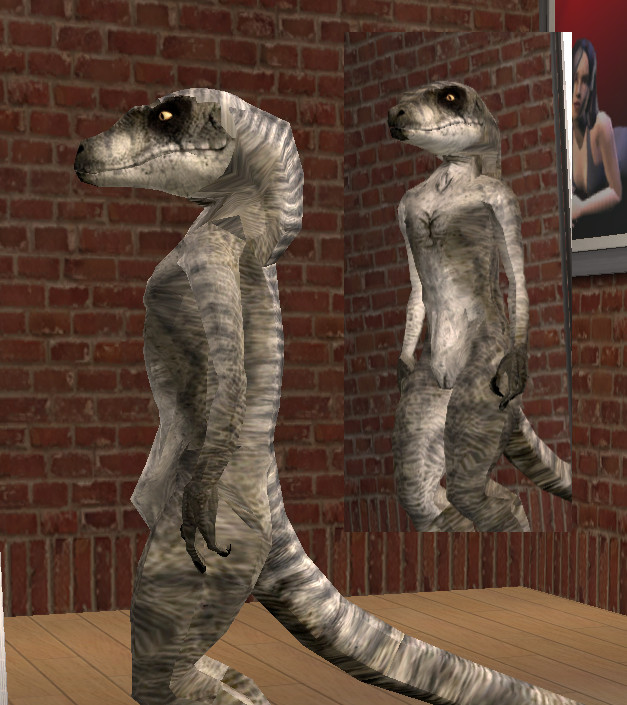 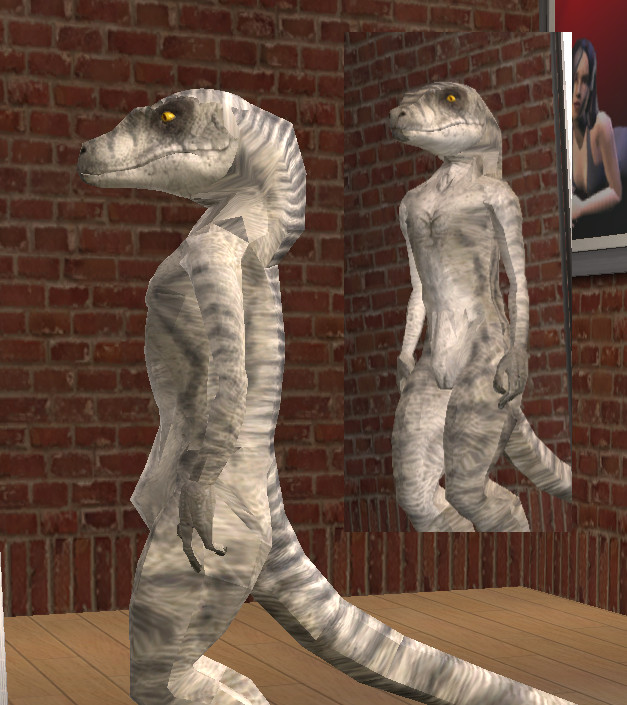 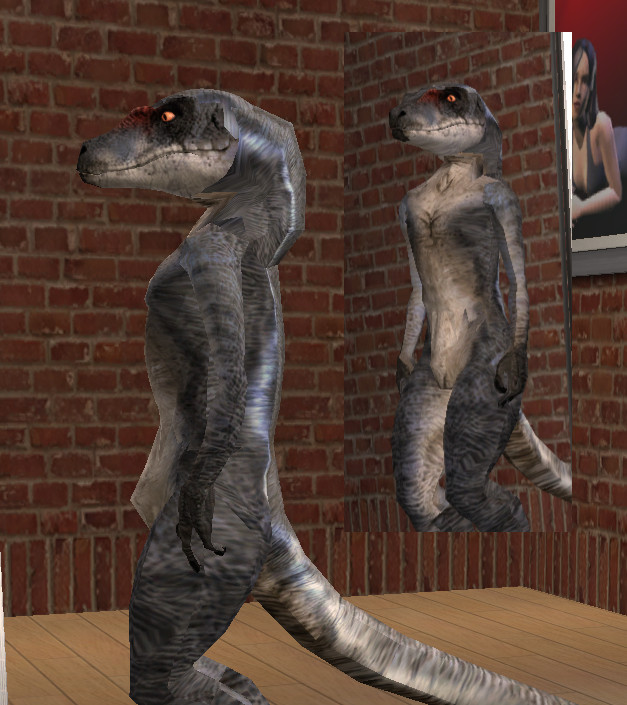 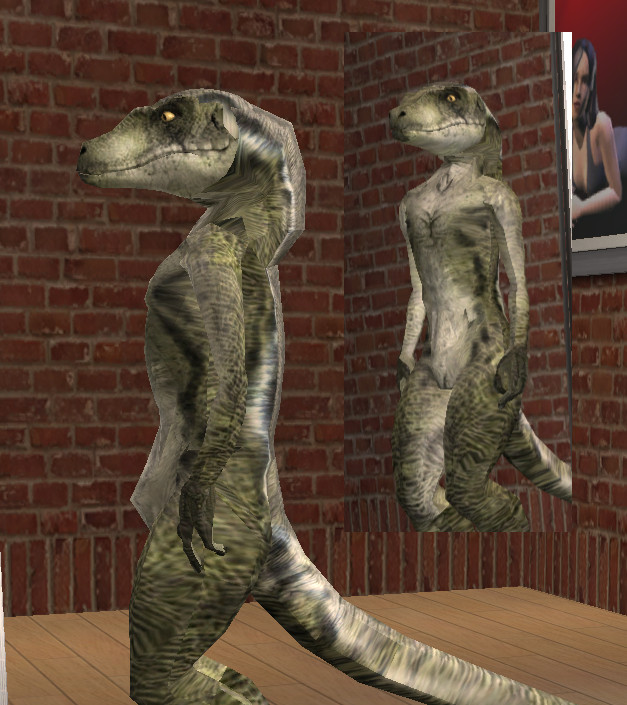 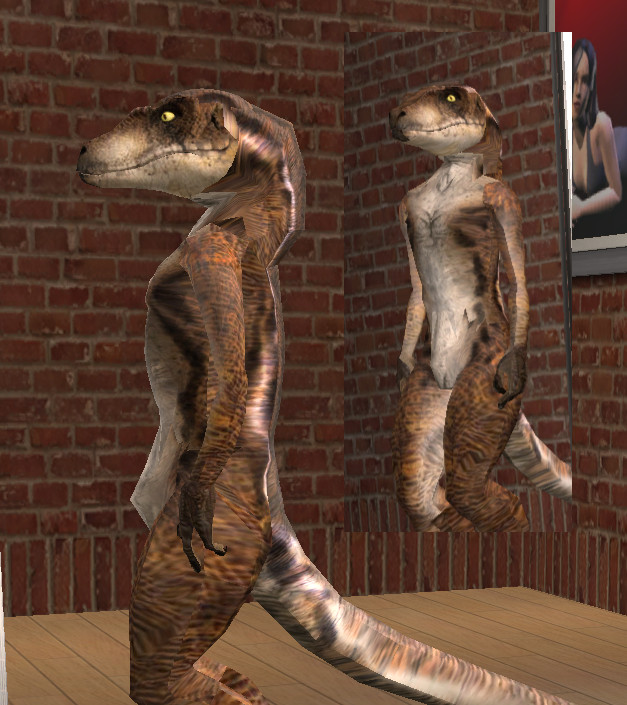 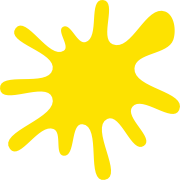 
The only negative aspect of The Sims 2, in my opinion, is that there aren't enough Velociraptors. This pack (no pun intended) should fix that.

Here is everything you need to create Velociraptor Sims: raptor bodies ("outfits") for males and females, from toddler to elder, for all occasions. Also included are eleven raptor skintones: some based directly on the Jurassic Park series, and some variations designed to add a little more diversity to your raptor pack.

The body is original. The head is based on zeussims's toad mask as permitted by their policy. The feet and claws are based on SynapticSim's harpies, which were modified with permission. The skintones are based on Bink13y's headless Sims, because using any other kind of skintone results in things that are best left undescribed.

Also included are Bink13y's No Eyes and No Hair mods, which are necessary to make the raptors look right.


A few other notes:
Because the body mesh is so different you may notice some oddities during certain actions. The claws add some length to the fingers so they may disappear into the Sim's body at times. I've chosen to leave them the way they are because I prefer a raptor with decent-sized claws, even with a little clipping, over one with tiny claws that don't clip. And of course, the tail is going to clip all kinds of things.

And no, the bump on their crotch is nothing awkward. It's the raptor's hip bones, which stick out in a funny way because they anchor the raptor's powerful leg muscles. JP raptors did not have this in the first two films due to a scientific goof, but they do have it in the third film, and I have chosen to include it for the sake of biological accuracy.
Category: jurassic    Type: body      See all items matching these criteria